You are here: Home / Articles / Technical / The Science and Theory of Tonewoods 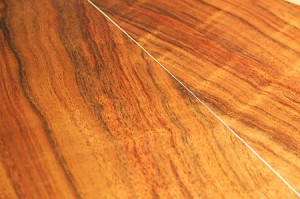 Search out any discussion about tone and tonewoods on the internet and you will quickly find a wide variation of opinions among players and builders alike. However, the majority will almost always list “tonewoods” and/or specific species of Spruce and Cedar as the key to getting the desired tone from a guitar. Indeed, many beginning builders agonize over wood choice combinations as they relate to tone, with more experienced craftspeople offering suggestions that seem to assure the correct outcome will result if the recipe is followed.

To be sure, most of the hardwoods commonly used in guitar building have an associated ‘voice’ that affects the tone of the instrument to some degree. These include members of the Rosewood and Mahogany families, along with Maple, Koa, Walnut, Myrtle, and a few others. Builders are also using more exotic woods these days such as Zebrawood, Purpleheart, Bloodwood, Bubinga, and Ziricote. Differences in density and other structural characteristics of each species will contribute to the overall tone of the instrument. 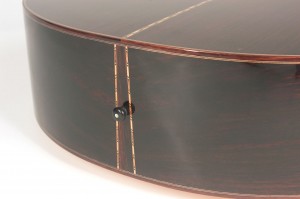 But just how much does back and side wood choice affect tone? Is there a magic “tonewood” that, by itself, makes a guitar come alive with rich sound? Does choosing one tonewood over another greatly impact the voice of a guitar? The short answer is no. This statement flies in the face of conventional thinking and the idea has been so reinforced by repetition that is almost heretical to suggest otherwise. But the variables that impact tone may have less to do with wood species choice than most players and even many builders assume. Even Brazilian Rosewood, long esteemed to be the holy grail of tonewoods, can’t produce superior tone by itself, and may in fact enjoy an exaggerated reputation simply because it was used extensively on guitars in decades past. Some of these old guitars sound exceptional, with the resulting assumptions made about why they do sound so great. But Brazilian Rosewood was used to make cheap, mediocre sounding guitars during that era too!

Adding to the mythology of guitar tonewoods is the hype that is often included in the advertising copy of factory made instruments. And of course, if the claim is made by a famous brand in a glossy brochure or magazine ad, then of course it must be true, right? As an example of this, I recently saw an advertisement for a certain well-known brand of guitar that expounded the amazing tonal qualities of Myrtle wood. Myrtle, according to this ad, is infused with magical and sparkling tonal qualities by nature of the rugged terrain and clear mountain air where it grows. Myrtle, it is claimed by this maker, captures every element of tone from all the best species ever used to make acoustic guitars. Now, I love Myrtle and you can find photographs on this web site of guitars I have made using this fine wood. But the claims of the magazine ad are, to be blunt, nonsense. Myrtle sounds much like most other woods commonly used to build guitars, and other factors beside the species of back and side wood have much more influence on tone.

It is important to understand that choosing a specific wood is only one part of the total spectrum of design considerations that affect tone. Body size and shape, brace sculpting, neck and fretboard materials, wood thickness, action, string gauge, and playing ability all affect tone in varying degrees. Beyond all of these, the material properties of the top wood has an enormous impact on the sound of a guitar. These properties are much more important than which species of Spruce is used, more important than the selection of back and side wood, and more important than scalloped braces. Choosing the right piece of Spruce, thinning it to the correct deflection, and tuning it during brace carving to a specific fundamental resonance leads to great tone. For more information please see the article Voicing and Tap Tuning.

What does this mean to the tone connoisseur? Well, there is a lot more to getting great tone from a guitar than simply selecting the perfect “tonewood” for the back and sides. In reality, there is no magic wood… not even the coveted Brazilian Rosewood will make a mediocre spruce top or a poorly made instrument sound exceptional. In the end, it is what each person’s ears and eyes tell them about a specific wood or guitar that makes it right for them. I always suggest that my customers consider the appearance of the back and side woods as well as any perceived tonal variations among them. Choose the wood that appeals to your eye and ear. Above all, try to avoid bias and presuppositions when listening to different guitars, and evaluate the tone and voice of the instrument with a critical ear. Balance and clarity are the hallmarks of a great sounding guitar. 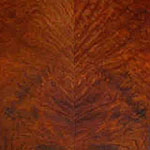 Search out any discussion about tone and tonewoods on the internet and you will quickly find a wide variation of opinions among players and builders alike. However, the majority will almost always list "tonewoods" and/or specific species of Spruce … END_OF_DOCUMENT_TOKEN_TO_BE_REPLACED 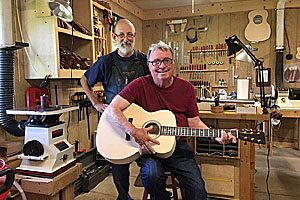 "I recently completed a rewarding two week twelve day deep dive into guitar building. The course was taught by Greg Maxwell of Dogwood Guitars in Mt. Vernon Ohio. “Course” is inadequate to describe this skill and technique refining experience.  … END_OF_DOCUMENT_TOKEN_TO_BE_REPLACED 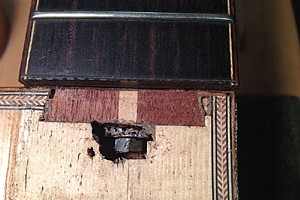 Customer Testimonials: A. B. Manson Acoustic

"I recently had major work done by Greg Maxwell on my very expensive and treasured old guitar.  Boy, am I glad that I found Greg, because I do not think any other luthier would have given the time and effort  this project required.  My guitar needed … END_OF_DOCUMENT_TOKEN_TO_BE_REPLACED

The rosette on an acoustic guitar, along with the peghead and bridge designs, is a big part of the custom builder's signature. Often a particular design will immediately identify the guitar as being made by a specific individual. Perhaps the amazing … END_OF_DOCUMENT_TOKEN_TO_BE_REPLACED 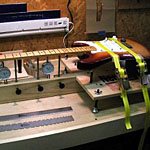 I am including this article as a special page in the Services Menu because of the frequency with which the issue of high tongue frets arises. The tongue is the part of the fretboard that extends into the body of the guitar. On acoustic guitars, the … END_OF_DOCUMENT_TOKEN_TO_BE_REPLACED 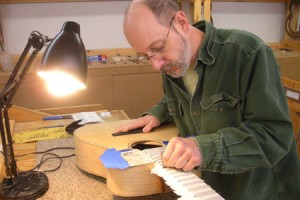 Hi, and welcome to Dogwood Guitars of Kansas City, MO. My goal is to provide you with the best sounding and playing guitar possible. Whether this means setting up your current guitars to play their best, or working with you to build your … END_OF_DOCUMENT_TOKEN_TO_BE_REPLACED

Search out any discussion about tone and tonewoods on the internet and you will quickly find a wide variation of opinions among players and builders alike. However, the majority will almost always list "tonewoods" and/or specific species of Spruce … END_OF_DOCUMENT_TOKEN_TO_BE_REPLACED 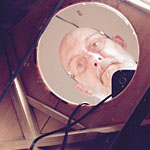 I am going to divide this article into two sections: Myths and misunderstandings about playability and care; and myths about tone. We will take these two topics in order. Playability and Care So, your guitar is a little hard to play, the … END_OF_DOCUMENT_TOKEN_TO_BE_REPLACED